Your donations can be made any time, are tax-deductible, and allow the work of the ministry to continue in the Swiftwater, Pennsylvania community.

On Friday August 13, 2010, Pastor Jean-Pierre took several former members of Swiftwater Methodist Church on a special tour of Eglise Evangelique De La Renaissance. Swiftwater Methodist was the church in operation until the purchase of the Swiftwater property in 2010 by Eglise Evangelique De La Renaissance.
“Land for the present configuration was assembled in three parcels about 1892, the part where the church stands was acquired; then another approximately 50 foot frontage for part of the present parking lot about 1908, and finally the part where the Educational building stands in 1909.
The church was erected and furnished in 1892-1893 for a few thousand dollars . . . as I recall seeing the figure, it was less than $5,000.00. My Great Grandfather, John Hamblin, was among the trustees who oversaw the project, along with other parishioners from the community. This church replaced the old Paradise Methodist Church which stood on the left hand side of Upper Swiftwater Road. That was a small one room structure with a hand-fired wood/coal stove, laid stone foundation and plain windows, standing in a grove of locust trees. It was razed in 1891.
The building that is now the Educational Building began as the gabled, right hand part of the present structure, it had served as a plumbing and electrical shop for the Miller family. I believe all the present church property came from the John Miller lands, and was assembled in three parts, as noted above. Dinners were initially held in the present ‘kitchen’ part, with only access from the outside, via the stone stairway. In 1925, the ‘auditorium’ part of the building was added, allowing for an inside stair and a larger dining room, which was always put to good use. Public dinners held during the spring and the fall were staple fundraisers, and more importantly, an eagerly anticipated social outing for the community.
When the hall was expanded in 1925, the elevated stage was added at the east end and originally had a closed walkway or ‘shell’ around the back wall, allowing for actors to exit the stage on the left or right, to change costumes or do things of the like. A roll drawn canvas curtain could be lowered at the front of the stage. Two theatrical sisters named Fisher directed the shows and organized church and community youth and adults for many plays. The shell was removed to make more space available in the 1960’s.
Neither building had indoor plumbing until the early 60’s, when the well was drilled and the first bathroom was installed in the Educational Building. Lumber from a shed in the rear of the property was added to the back of the sanctuary in 1937.
The present stained glass windows replaced frosted white-to-clear windows in a 1941 renovation. The present Allen organ replaced a single manual Allen in 1967 during another renovation. This renovation included the paneling of the lower walls, and the addition of the organ chamber The older lectern was hand made of native chestnut wood by local carpenter Willard Smith. The newer pulpit furniture and memorial book stand were added as memorials in the 1967 remodeling. The back room has served as a small Sunday School room for the youth, as well as a choir room during most of my lifetime.
Some of the farmiliar family names who worshiped here over the years were Rowe, Bush, Smith, Miller, Besecker, Fanseen, Nauman, Storm, Warner, Wescott, Ace, Layton, Carlton, Smithers, Storer, Brenn, Jaffa and many more, including the various ‘branches’ of the Hamblin Family.”
Jack Hamblin
August 13, 2010
"Making a donation is fast, simple, and secure." 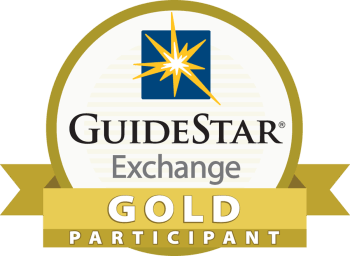 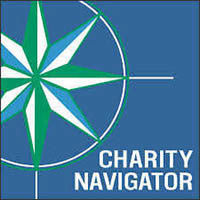